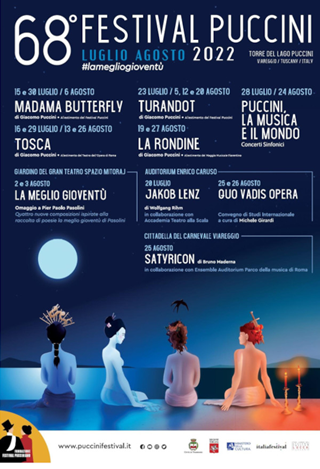 The Puccini Festival in Torre del Lago is one of the most anticipated events in the cultural offer of Tuscany and one of the most recognized internationally, the only Festival in the world dedicated to the composer Giacomo Puccini which attracts thousands of spectators every year to the places that inspired his immortal melodies.

Satyricon by B. Madeira:
25 August - Citadel of the Viareggio Carnival